We share the article published on February 1, 2022, the anniversary of the military coup in Myanmar, in the newspaper “Avvenire”. The article is signed by Senators Albertina Soliani and Sandra Zampa, former President of the Italian Parliamentary Association “Friends of Burma”.

We bow to the people of Myanmar who have been holding out against the military coup with their bare hands for a year.
The people affirm democracy, affirm life, their future, while the military intensifies repression, sows death, closes all prospects. The Myanmar army only knows the language of force, it regards the people as an enemy. Thousands are the victims and people arrested, the civilian population hide and seek shelter in the forest persecuted by bombing, by the uncontrolled pandemic, by hunger. Daily life in Myanmar is filled with fear, insecurity and arbitrary violence. They are all overwhelmed: young people, the elderly, women, children as well as adults.
We denounce the violation of all universal human rights in Myanmar. What has happened and is happening is unacceptable.
The people’s resistance has given birth to a National Unity Government (NUG) – with its members in hiding – which includes Aung San Suu Kyi’s party the National League for Democracy (NLD), the civil society, ethnic groups, a representation of the Rohingya. The unity of the Country is today represented by the Resistance, which also includes People’s Defence Force (PDF). The democratic future of Myanmar will stem from today’s resistance.
We support the Resistance of the people of Myanmar, who have taken their own destiny into their own hands. In the transition phase that will necessarily open with the weakening of the military, we support every effort for inclusive internal dialogue, reconciliation and peace, the resumption of the democratic path.
A year after the coup, it is clear that the military’s strategy has failed. They do not govern the Country, they are not recognised by the international community. The economy has collapsed, giant economic and energy companies are leaving Myanmar.
The arms trade – mainly supplied by Russia – is growing. We call for more effective international political action, which includes the arms embargo, an end to violence, the opening of inclusive internal dialogue. We demand that the international community defend the democratic destiny of the Burmese people.
We ask for the commitment of the UN, the EU, the USA, China, ASEAN, Japan, India, Australia, Russia, to support the withdrawal of the military from power, the restoration of civilian rule in Myanmar, the immediate opening of humanitarian channels independent of the military, the defence of universal human rights.
All this requires the immediate release of Aung San Suu Kyi and the political prisoners, subjected to truthless political trials, the suspension of the death penalty already inflicted on some of them, the restitution of sovereignty to the people.
Aung San Suu Kyi is indispensable to open internal dialogue as some ASEAN Countries claim, starting with the Philippines, also with the support of China.
Faced with the terrible tragedy that the people of Myanmar are experiencing, often in international silence, the democratic consciences of the world cannot remain silent. Religions, culture, international law, civil society cannot be silent.
In a time that sees the democracies in the word subjected to great pressures, economic and military interests prevail over the peaceful path of peoples, military coups and authoritarianisms open up the ways of power, we will never stop sharing the universal dream of freedom and human dignity.
We share the dream of democracy of the people of Myanmar, their dream is our dream.
We ask the Italian Government to support the people of Myanmar and their representatives, and to stop all commercial traffic between Italy and the Country currently controlled by the military.
All our support and admiration go to the women of Myanmar, who are such an active part of the opposition to the military regime. They resist in every corner of Burma, in prisons, in villages, in forests, on the Net.
We stand by them, we walk with them.
Today the history of Myanmar has the force of prophecy: it denounces evil, it announces new things, it brings forth change. A prophecy experienced by an entire people.
A story of passion and resurrection. 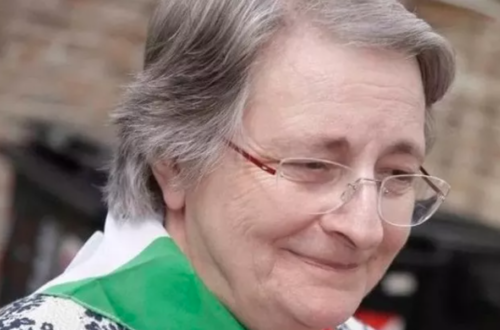 To the Deputies and Senators of the Italian Parliament. To the Members of the European Union Parliament 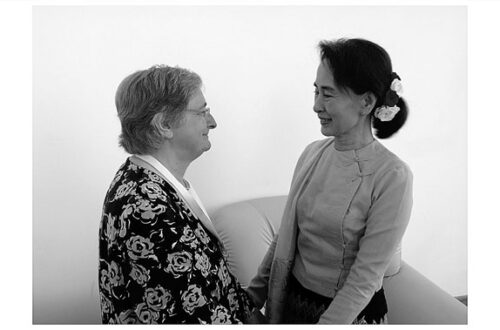 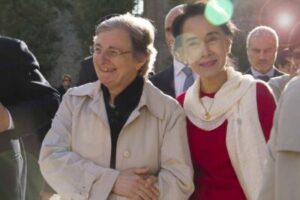